Looking at population trends since 1969, when we opened Ikebukuro PARCO, up to 2010 the population increased, mainly in the 20 large cities known as ordinance-designated cities, such as Tokyo, and we saw increasing polarization between cities and regions. From 2010, the aging of the population progressed, and the general population began to decline. In 2018, population decline also became apparent in some of the ordinance-designated cities. Looking ahead, the aging and decline of the general population is expected to continue, and Japan is expected to see further densification of cities as the population flowing into cities around the country with people seeking greater convenience afforded by infrastructure and other facilities in urban areas.
In the retail industry in 2018, consumer confidence remained sluggish amid a string of natural disasters in Japan, including heavy rain, typhoons and earthquakes, and lackluster growth in sales of ladieswear. By industry type, shopping centers performance improved year on year, having made progress in renewals, while department stores’ performance declined overall, with inbound sales the deciding factor due to the impact of China’s revision of its e-commerce law. On the other hand, the e-commerce market continued to expand, mainly due to its high level of convenience, lifestyle exchanges, and increasing activity in C2C trading via smartphones. We have also seen the line between the real world and the internet fading as e-commerce stores made real store openings and developed services, and so forth.
With respect to changing consumption trends, major changes include the sharing economy in which people share products and services with others, sympathetic consumption through use of social networking services, and a shift from goods to services and diversification of values driven by lifestyle changes associated with the empowerment of women. Moreover, there is also a change in consumption moving from goods to services among overseas customers, with increasing visitors to Japan each year promoting expansion in uniquely Japanese experiential services. The advance oftechnologies in variousfields is considered likely to usher in an era of dramatic change in the markets, including new consumption experiences and store management methods. 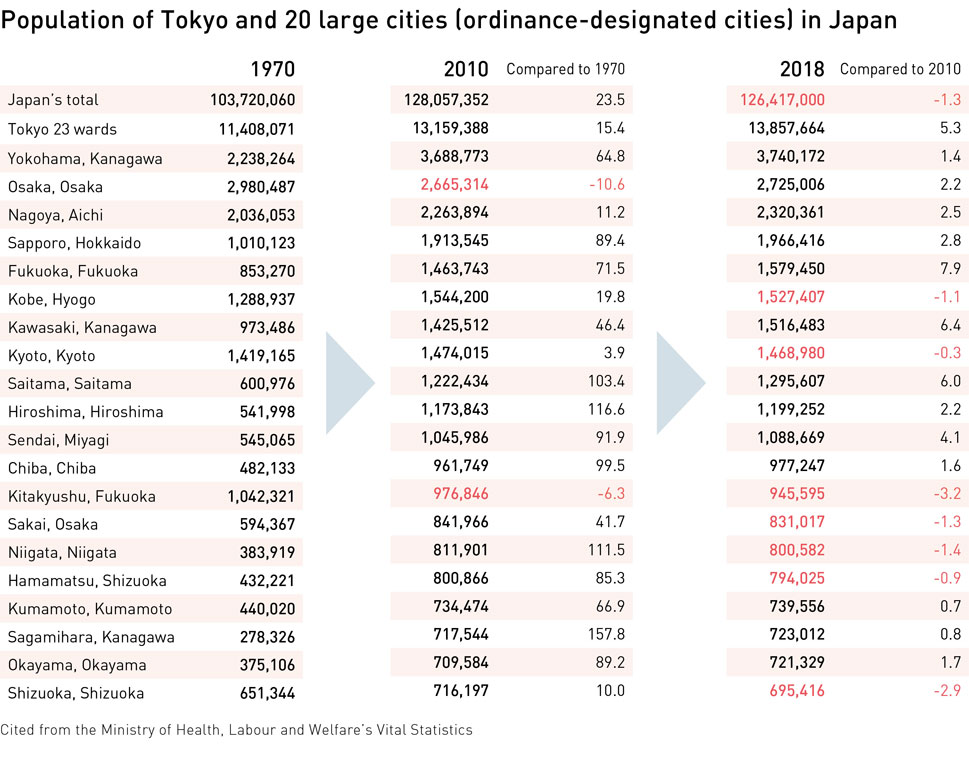 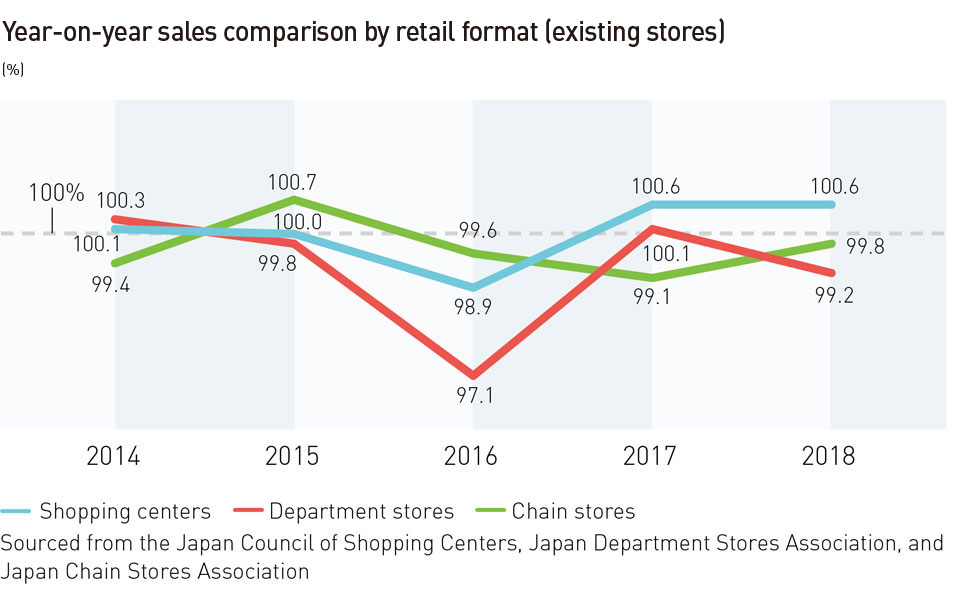 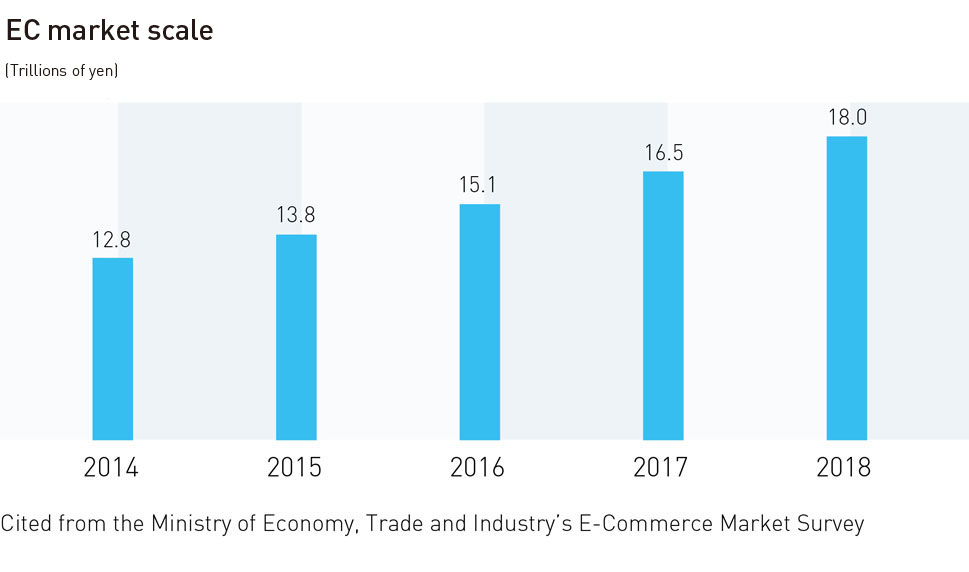